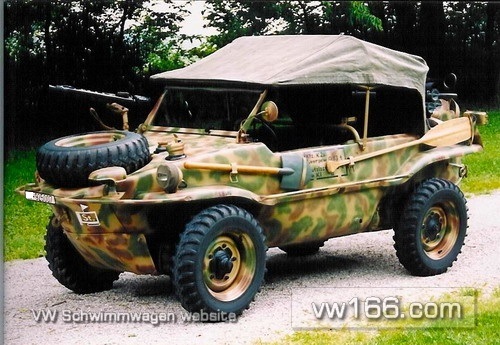 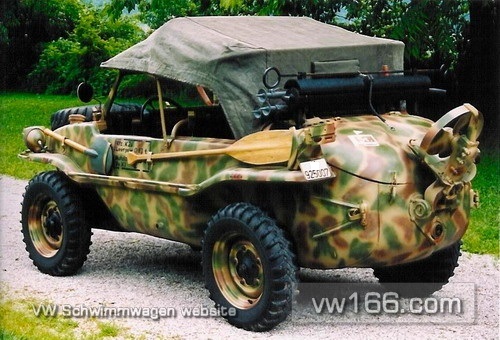 My particular Schwimmwagen was produced in June 1944 as serial number 7-012344. Decoding the serial number shows that this Schwimmer was the 12,344th one built of the 14,276 produced. The prefix "7" indicates that it is a Type 166 (as a side note, Kübelwagens used a "2" prefix). The body number is 12454 which was sequentially assigned by Ambi-Budd. The semi-finished and painted body tub was shipped to the VW plant where it was mated with the engine, drive train and associated components and prepared for issue to the army.

The initial military unit assignment, combat history and geographic locations of my '44 Schwimmer from its production date in June up to December 1944 is not known. However, it is known that it ended its military service abandoned near Lutrebois, Belgium on December 28, 1944 as part of the failed counterattack to seal off the Bastogne corridor during the Battle of the Bulge. Although any tactical unit markings have long since been obliterated, extensive research shows that it was most likely a reconnaissance vehicle assigned to 1st Regiment, 1st SS Panzer Division who abandoned most of their vehicles around Lutrebois due to lack of fuel, spare parts and battle damage. 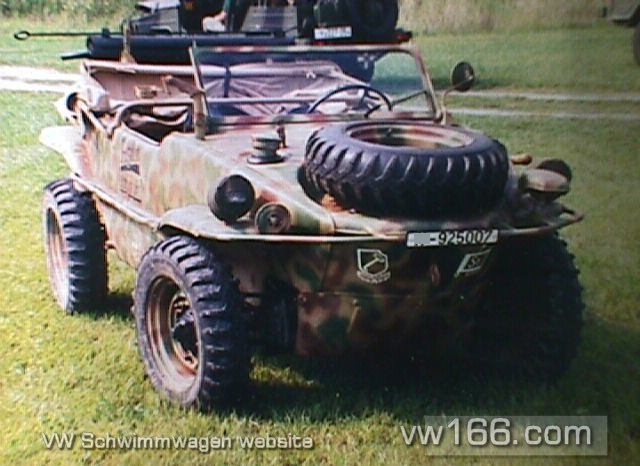 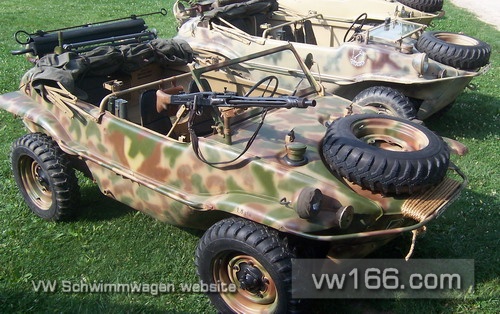 Immediately after the close of World War II, scrap yards and interested individuals collected the destroyed and abandoned vehicles from the European battlefields. A Belgian farmer from Arlon collected my Schwimmer and several other vehicles (including other Schwimmers) from Lutrebois and used them around the farm for several years. Since Schwimmwagens were classified as "naval vessels" by the armistice, they had to be demilitarized by cutting door openings on either side of the body tub so that it could no longer be used as a miniature Bismarck.

In the 1970s, our Belgian entrepreneur started the Victory Memorial Museum in Hondelange, Belgium where the door openings were welded closed and the Schwimmer was alternately kept on display and used as a shop vehicle. During its life at the museum, it was never restored, but underwent a multitude of amateur repair jobs by incompetent boobs with big hammers and little talent.

How I got it

Another military vehicle collector/broker from Chicago purchased the Schwimmer along with several other vehicles from the museum when it shut its doors in 1999. Through some of my Kübel contacts, he learned I was interested in possibly purchasing a Schwimmwagen as a future project. After I turned down another Schwimmer, which was then located in the Channel Isle of Guernsey (between France and England), we worked out a deal on one he already had stateside in Michigan. After settling on a price, I was once again the owner of another marriage-testing and financially ludicrous military VW project.

What's up with it now

The car is currently in Clio, Michigan (north of Flint) where the restoration began immediately after I purchased the car on June 6, 2000. The resident U.S. Kübel/ Schwimmer experts (Crompton & Sons) are performing the restoration. It is being stripped down to the last nut and bolt and meticulously reassembled exactly to factory specifications. The engine is currently at the rebuild shop for final assembly and is almost ready for installation. The body tub had so many previous repair panels it looked like a poorly made quilt. After over 265 man hours, it has finally been completed inside and out. An entire wiring harness was hand made and installed. Many of the other components (windshield frame, bumpers, lights, top bow, seats, etc.) have also been completed. Next is the front end and transaxle.

This car changed hands a few year ago. It's still located in the USA. 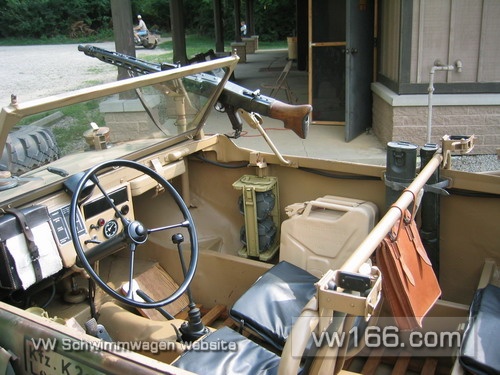